AVTX-002 is a fully human anti-LIGHT (Lymphotoxin-like, exhibits Inducible expression, and competes with HSV Glycoprotein D for HVEM, a receptor expressed by T lymphocytes; also known as TNFSF14), monoclonal antibody in development for the treatment of acute respiratory distress syndrome (ARDS), the treatment of inflammatory bowel disease (IBD) and the treatment of non-eosinophilic asthma (NEA).

LIGHT is a newly recognized cytokine with inflammatory actions encoded by the TNFSF14 gene. LIGHT plays an important role in regulating immune responses in the lung, gut, and skin and is “upstream” (or proximal) in the inflammatory cascade to many well recognized cytokines like interleukin (IL)-1, IL-6, IL-10, IL-13, tumor necrosis factor (TNF), and granulocyte-macrophage colony-stimulating factor (GM-CSF). 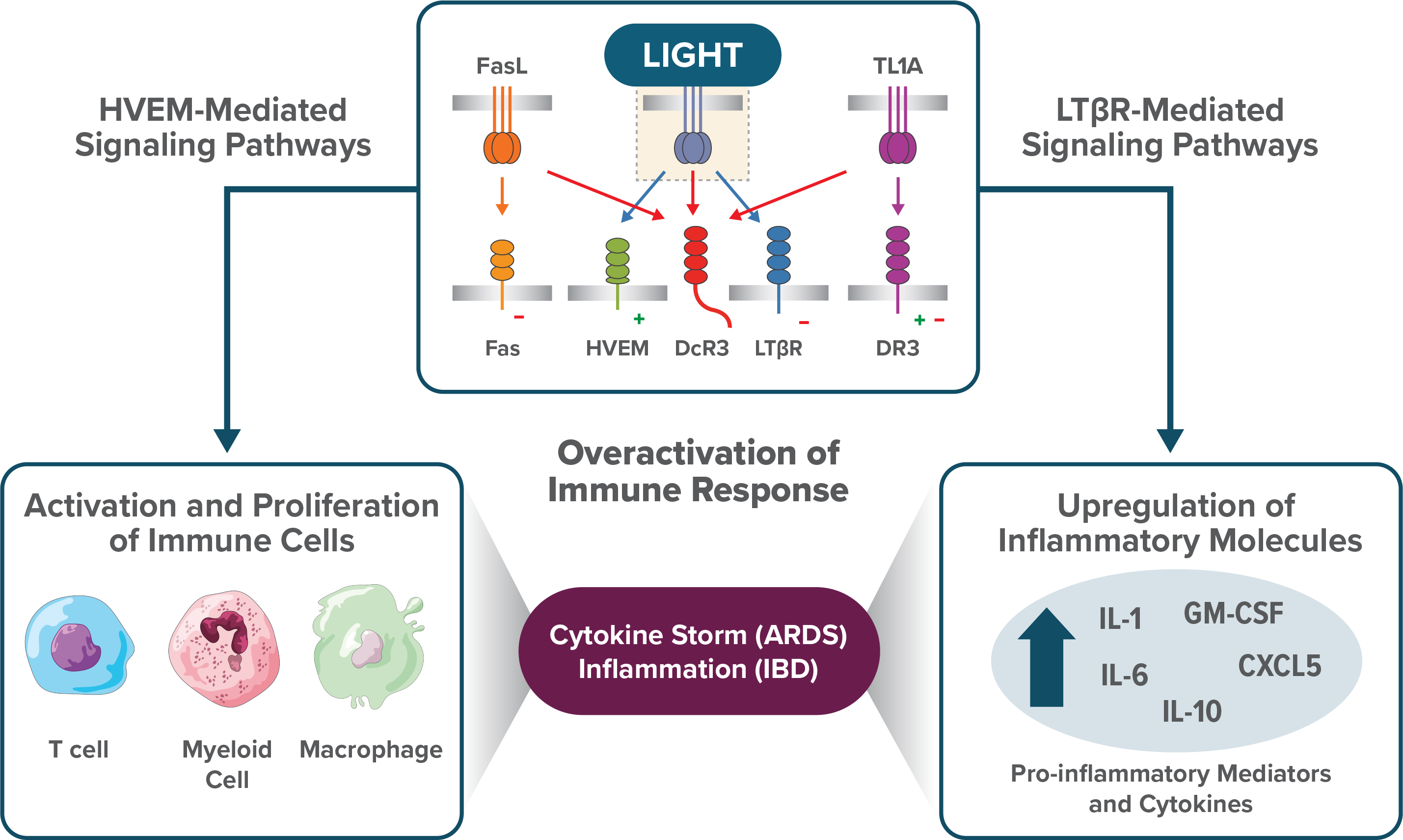 ARDS is a serious condition that causes changes to the lungs resulting in low blood oxygen. Insufficient oxygen in the bloodstream and throughout the body can result in severe organ damage. Lung scarring can also occur. ARDS can worsen quickly and may be life-threatening.

Compared with other cytokines, LIGHT has a unique dual mechanism of action, exerting its effects by activating both T cells and B cells, as well as upregulating other inflammatory cytokines. LIGHT, like many cytokines, appears to be involved in the dysregulated immune response, or “cytokine storm” implicated in ARDS. Secreted by neutrophils, macrophages, and other inflammatory cells during an immune system response to infection, LIGHT has been shown to play a key role in viral pneumonia and has been implicated in promoting fibrosis (scarring) in the lung after infection.

Transgenic expression of LIGHT on T cells in mice has been shown to promote inflammation in multiple organs, including the intestine. In addition, LIGHT gene upregulation and elevated levels of LIGHT have been observed in patients with Crohn’s disease and ulcerative colitis, suggesting a potentially important role in the pathogenesis of IBD.